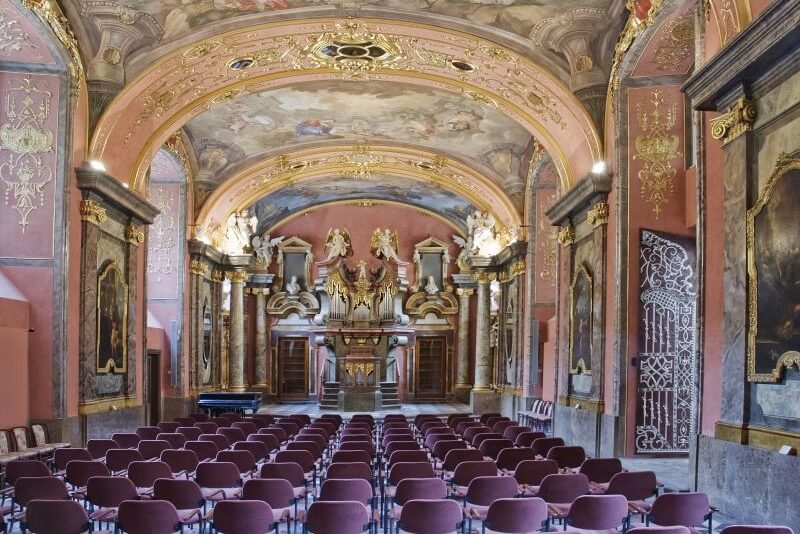 The chapel, built between 1722 and 1726, was originally dedicated to the Annunciation to the Blessed Virgin Mary. The current epithet is of a later date and refers to the numerous mirrors that were donated by the imperial Lohri Foundation and used in decorating the walls and vaults.

The ceremonial consecration of the chapel took place on 4 September 1726. The architectural plans were most probably the work of František Maxmilián Kaňka or Kilián Ignác Dientzenhofer. The panelling on the walls is of artificial marble but the floor, the presbytery balustrade and the vessels lining the walls are of real marble in various shades. The ceiling paintings, created in 1723 by Jan Hiebel, are separated by vault strips with elaborate stucco decorations which were created by Bernard Spinetti between 1723 and 1724. The paintings and decorations both make use of mirrors as their main motif and often depict them as the mirrors of justice and innocence.

The organ on the loft is the original instrument from around 1723 which is thought to have been built by the Jesuit organ builder Tomáš Schwarz. A second organ, imported in the latter half of the 20th century from Svatobor u Doupova, has been installed in the opposite section of the chapel, in the place of the original main altar.