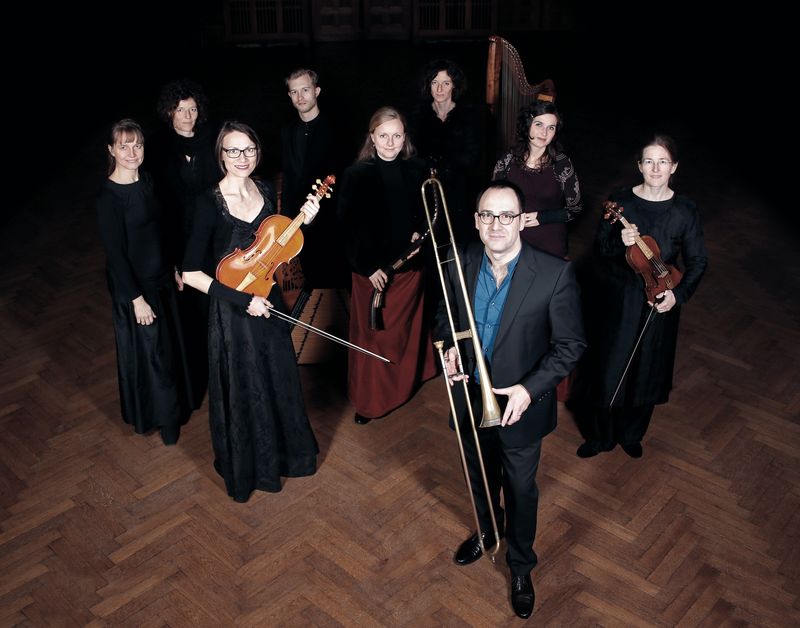 Since its foundation in 2004 by a group of students at the Institute for Early Music at the Staatliche Hochschule für Musik in Trossingen, Instrumenta Musica has performed in variable line-up and frequently in projects prepared in collaboration with renowned vocal ensembles.

The ensemble dedicates itself primarily to the interpretation of German and Italian music of the Late Renaissance and Early Baroque periods, exploring the riches of musical heritage which, in many cases, still awaits its rediscovery. The ensemble’s approach to original sources, however, is not informed by a wish to present and preserve historical music as an exhibit on a museum shelf, but is guided by the wish to communicate its vivid beauty and emotional depth. It is in this sense that the creations of Instrumenta Musica live up to the ideal of “authentic interpretation”.

Since 2006, Instrumenta Musica has closely connected its musical activities to the Frauenkirche in Dresden, where the ensemble has performed on regular basis together with the Frauenkirche Chamber Choir and its cantor Matthias Grünert. This collaboration has also resulted in two CD recordings released by Rondeau and SONY respectively.

The ensemble appears in its own programs or in collaboration with vocal ensembles such as Dresner Kammerchor, Ensemble Polyharmonie or the duo Bodecker & Neander of the Berlin Mime Theater.