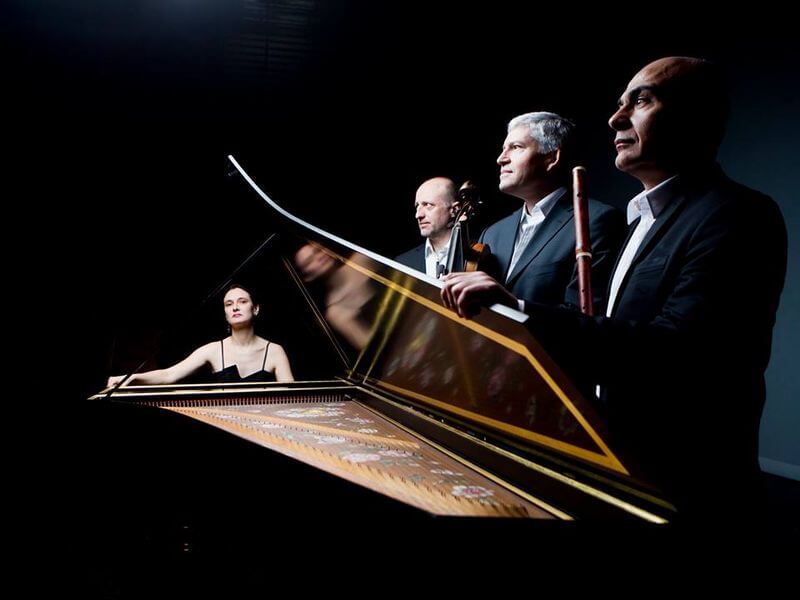 In 2000, a group of young French musicians decided to form Les Folies françoises. The ensemble, directed by the violinist Patrick Cohën-Akenine, aims to revive the repertoire of the 17th and 18th centuries and the spirit of freedom, plurality, and creativity, which motivated the musicians of the Grand Siècle.

Similarly to François Couperin’s Treizième Ordre, from which the ensemble takes its name, Les Folies françoises strives to express a full palette of colors and feeling that characterized the musical sensibility at the time. Renowned for their sense of variety and innovation, Les Folies françoises has become an established part of the international Baroque scene, having appeared in concert in venues such as the Théâtre des Champs-Élysées, Théâtre du Châtelet, Cité de la Musique, Théâtre de la Ville in Paris, Arsenal de Metz, the Chapelle Royale, the Royal Opera of Versailles, and the operas of Dijon and Nantes. The ensemble has been a regular guest at the Folles Journées de Nantes festival and festivals in Ambronay, Saint-Denis, Saintes, Beaune, Sully, Saint-Michel-en-Thiérache, La Chaise-Dieu, and Sablé-sur-Sarthe.

The ensemble’s recordings, published by Cypres, Alpha, Fontmorigny, K617 (CDs), and Camera Lucida (DVDs), have received unanimous praise from the critics. The four CDs comprising Bach’s complete violin and basso continuo sonatas were awarded with a “Choc” by the Monde de la Musique.