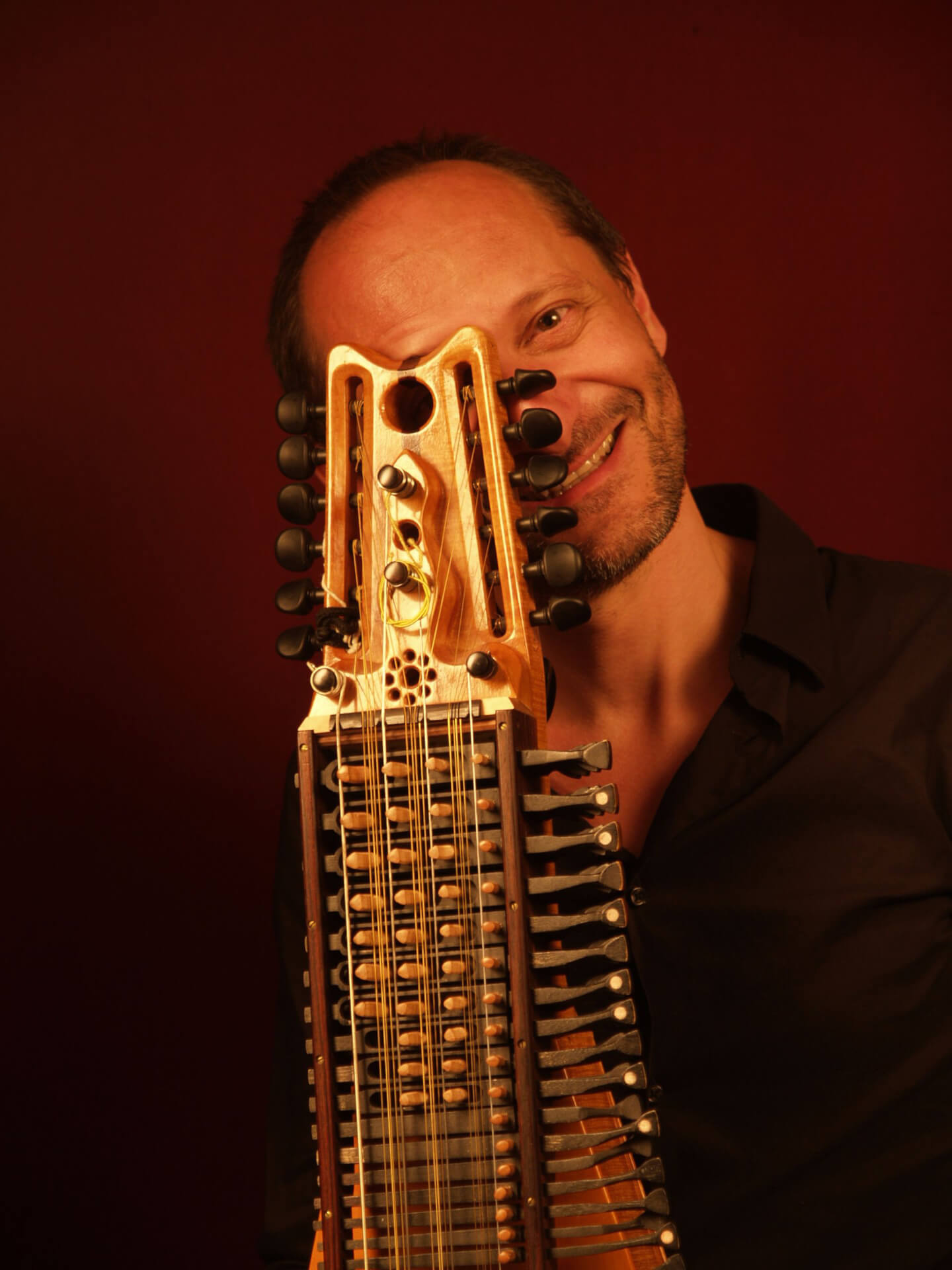 Born in Forlì, Italy, Marco Ambrosini studied the violin and composition at the Istituto musicale G. B. Pergolesi in Ancona and at the Conservatorio Statale di Musica Gioachino Rossini in Pesaro.

In 1982 he founded, together with Peter Rabanser, the international ensemble Oni Wytars, since 1990 he has been a soloist with the Clemencic Consort in Vienna and since 1991 he has been artistic director (with Katharina Dustmann) of the Studio Katharco – Sound:Creations.

He also dedicates himself to jazz and crossover projects, performing with Carlo Rizzo, Jean-Louis Matinier, Valentin Clastrier and Michael Riessler. In 1993 Marco Ambrosini was chosen as a notable newcomer and composer in SWF radio’s NEWJazz Meeting.

As a soloist he holds a recording contract with ECM, with Oni Wytars ensemble he has been recording for SONY / Deutsche Harmonia Mundi.