Akademie Versailles is an international educational project aimed at the interpretation of French Baroque music and its period performance practice. The project is organized by Collegium Marianum and the Centre de musique baroque de Versailles (CMBV) in collaboration with the French Institute and the Academy of Performing Arts in Prague. It is part of a long-term partnership between the Summer Festivities of Early Music in Prague and the CMBV, whose task it is to preserve and promote French Baroque music.

Often acclaimed as one of the most accomplished French sopranos of the moment, Chantal Santon-Jeffery has created numerous operatic roles from Mozart to the contemporary repertoire. Apart from receiving unanimous praise from the press for her performance of the title character of the opera Lolo Ferrari by Michel Fourgon, she has starred as Senta in Wagner’s The Flying Dutchman, as Governess in Britten’s The turn of the screw, as Tancrède in the opera of the same name by Campra, or in Purcell’s King Arthur and Dido and Aeneas).

She has collaborated with a number of leading orchestras, including Le Concert Spirituel, Les Talens Lyriques, Le Cercle de l’Harmonie, Les Siècles, Opera Fuoco, the Brussels Philharmonic, and the Hong Kong Philharmonic Orchestra. She has recently been involved in productions at the Théâtre des Champs-Elysées and Salle Pleyel in Paris, at the Royal Opera in Versailles, Avignon Opera, and Liège Opera, and appeared at the BOZAR centre in Brussels, in Konzerthaus in Vienna, and others.

Fascinated by the revival of the classic and Romantic French repertoire, she has participated in numerous concerts and recordings supported by the Bru Zane Foundation.
Among her many recordings count King Arthur by Purcell (Concert Spirituel; DVD), Frédégonde by d’Ollone and La Messe Pontificale by Dubois (with the Brussel Philarmonic), Renaud by Sacchini (Les Talens Lyriques), Les Mystères d’Isis by Mozart/Lachnitz, Les fêtes de l’Hymen by Rameau (Le Concert Spirituel), and Le Temple de la Gloire by Rameau (Les Agrémens).

Stéphanie Pfister studied the violin at the Conservatoire à rayonnement régional in Strasbourg. She then developed her interest in the interpretation of early music at the Schola Cantorum Basiliensis where she studied at the class of Chiaara Banchini and received a solo diploma in 1997. At the same time, she pursued studies of early music at the Regional Conservatory in Toulouse under the guidance of Hélène Schmitt, receiving a first-class diploma in solo performance and chamber music.

She is a sought-after pedagogue and has been invited to teach seminars and masterclasses organized by the Studio du parlement de musique, the National Orchestra of Nancy and the Regional Conservatory in Poitiers. She has repeatedly led the string and orchestra class at the Académie internationale de Sablé. Since 1997 she has taught Baroque violin at the Regional Conservatory in Strasbourg. She plays a Sébastian Klotz violin from 1750.

The transverse flute player Jana Semerádová is a graduate of the Prague Conservatory, the Faculty of Philosophy, Charles University (Theory and Practice of Early Music), and the Royal Conservatory in the Hague, the Netherlands (class of Wilbert Hazelzet). She is a laureate of the Magdeburg and Munich international competitions.

In 2015 she received her habilitation degree as an associate professor of flute from the Faculty of Music and Dance at the Academy of Performing Arts in Prague.

An insatiable musician-researcher, atypical cellist, renowned teacher and founder of Les Basses Réunies, Bruno Cocset gives the Baroque cello its own individual voice, nourished by a constant quest for the perfect synergy of the instrumental and musical gesture. This work on sonority and organology carried out in tandem with the luthier and instrument maker Charles Riché has given birth to nine instruments, imagined, conceived and played for different concert and recording programs. It was after his studies in Tours and a period at the Conservatoire National Supérieur de Lyon that Bruno Cocset began to play the Baroque cello with its gut strings, first of all teaching himself, then working with Christophe Coin (he was the first graduate from Coin’s class at the Conservatoire National Supérieur de Musique et Danse de Paris in 1986). He also attended masterclasses under the cellist Anner Bijlsma and the violinist Jaap Schröder.

He spent twenty years as a ‘nomadic cellist’, a period rich in musical encounters and experiences with the most ardent champions of the Baroque scene. His most frequent home bases in those days were Gérard Lesne’s Il Seminario Musicale and Jordi Savall’s Le Concert des Nations and Hespèrion XX-XXI. In 1996 he founded Les Basses Réunies and recorded the cello sonatas of Vivaldi (winner of the Premio Vivaldi of the Fondazione Giorgio Cini), the first release in an abundant discography on the Alpha label.

Bruno Cocset is regularly invited to play in France and the rest of Europe, in Québec and in Russia, and also devotes much of his time to transmission: he has taught at the CNS MD in Paris since 2001 and the Haute École de Musique in Geneva since September 2005, and from 2002 to 2013 he also taught at the Escola Superior de Música de Catalunya in Barcelona, where he created the historical cello class. In 2011 he founded the Vannes Early Music Institute (Brittany), which comprises notably a European academy of early music, an instrument-making workshop and a resource centre devoted to repertories from the Renaissance to the nineteenth century.

Béatrice Martin started studying the harpsichord at the age of six. Her teachers have included some of    the greatest harpsichordists of our time, Christiane Jaccottet at the Geneva Conservatory, Kenneth Gilbert and Christophe Rousset at the Paris Conservatory, and Huguette Dreyfus, Ton Koopman, and Lars-Ulrik Mortensen at a number of master-classes. Following her triumph at the 1998 International Harpsichord Competition of Bruges (in addition to the First Prize she also took the Audience Prize and the special Bärenreiter prize) and the MIDEM competition in Cannes the following year where she was declared the Revelation of the ADAMI, Béatrice Martin has been invited to perform at festivals such as Festival d’Ambronay, Festival d’Aix en Provence, Bach in Combrailles, Festival of Lanvellec, Printemps Baroque du Sablon, Festival Oude Muziek Utrecht, MAfestival of Bruges, Cycle harpsichordistes Français in Mexico, London Festival of Baroque Music, Les Folles Journées de Nantes, and the Lisbon Festival. In Paris she has appeared at the Théâtre du Châtelet, Opéra Comique, the Cité de la Musique, introducing in recital the complete works of Couperin, Rameau, and Bach.

A sought-after continuo player, she has collaborated with numerous ensembles, including the illustrious Les Talens Lyriques, Le Concert Spirituel, Ricercar, and Il Seminario Musicale. For more than twenty years she has worked with Les Arts Florissants as William Christie’s musical assistant, participating in projects from Opéra Garnier to Teatro Colon, from the Lincoln Center to Tokyo Opera etc. She has recorded some twenty CDs and DVDs. Acknowledged for her dedicated and experienced approach to teaching,  Béatrice Martin has established and directed harpsichord studies at the Escola Superior de Música de Catalunya in Barcelona (from 2001 to 2013) and is currently guest teacher at the Juilliard School, New York. In 2011 and 2015 she was invited to be on the jury of the International Harpsichord Competition in Bruges.

In 2000 Béatrice Martin cofounded, with Patrick Cohën-Akenine, the ensemble Les Folies Françoises with which she has performed more than 400 concerts both in France and abroad. With Les Folies Françoises she has recorded, among others, four CDs dedicated to Bach’s dialogue cantatas (Cypres), the complete sonatas for violin and harpsichord (Fontmorigny; awarded with a Choc by Le Monde de la Musique), and Bach’s harpsichord concertos (Cypres; awarded with a Diapason d’Or). Her latest solo recording, Les Sauvages (Cypres), explores the taste for exoticism that prevailed at the French Court in the 17th and 18th centuries. It received four stars from Mad (Le Soir) and five Diapasons from the same magazine.

The music historian and theoretician specializing in French opera of the 18th century, Benoît Dratwicki has been the artistic director of the Centre de Musique baroque de Versailles since 2006. The state-funded institution focuses on the rediscovery of French Baroque music and its reintroduction on French and international stages. Benoît Dratwicki, who originally studied the cello and bassoon at the Metz Conservatory and later musicology at the Sorbonne in Paris, has authored a number of critically acclaimed monographs. These include the first-ever biography of the director of Parisian opera Antoine Dauvergne or a monograph on François Colin de Blamont. He has also prepared the modern editions of various Baroque scores and contributed to the implementation of modern premieres, recordings and performances of dramatic works of French Baroque music.

He is a sought-after author of sleeve notes for prestigious labels, including, for example a collection of French operas recorded by Concert Spirituel for Glossa. For CMBV he has prepared transcriptions and modern editions of vocal music preserved in the local archives (e.g. Campra, Lully, and Rameau). Between 1996 and 2008 he maintained a collaboration with the L’Astrée ensemble which he co-founded and for whom he arranged a great number of period compositions. He has further produced arrangements and transcriptions on the basis of commissions from other ensembles, including Messe pontificale by Théodore Dubois for the Brussels Philharmonic Orchestra and Piccini’s Atys for Le Cercle de l’Harmonie. Since 2006 he has been active at the Centre of French Romantic Music, Palazzetto Bru-Zane in Venice. His special responsibility as a cultural counsellor at the institution is to supervise the productions of operatic repertoire. He is regularly invited as guest at colloquia, conferences and as member of jury at international competitions. For many years he has dedicated himself to the production and performances of significant works of music history and musical theatre. He has contributed to some of the most important international co-productions whose aim has been to introduce the international public to some of the lesser known regions of the French period repertoire by the means of concert performance, operatic productions, as well CD and DVD recordings. 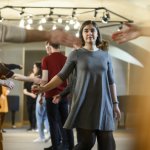 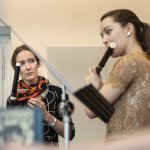 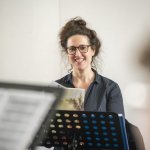 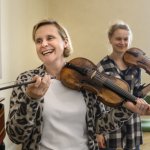 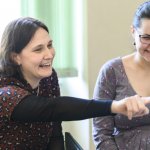 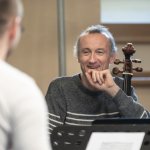 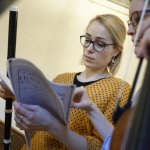 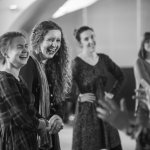 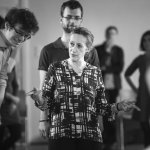 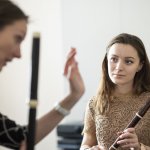 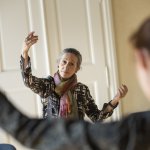 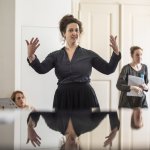 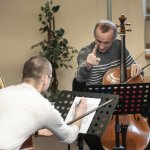 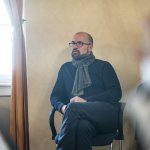 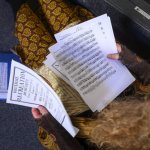 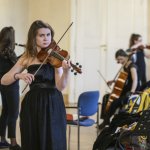 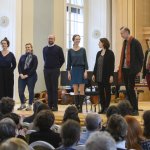 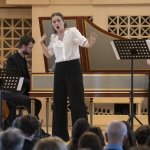 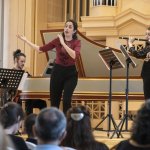 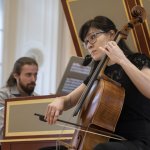 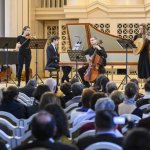 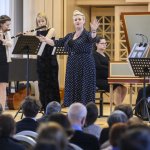 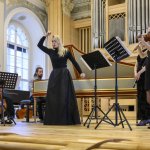 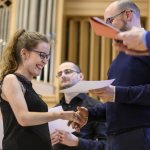 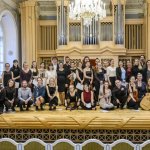 and French Institute in Prague