Snippets from the festival’s history with a bit of everything

Revisit the highlights from key performances of past programmes that have brought to festival goers the varied shades of Renaissance and Baroque music.

The concert recordings have now been expanded to include the text of the programmes in Czech and English. 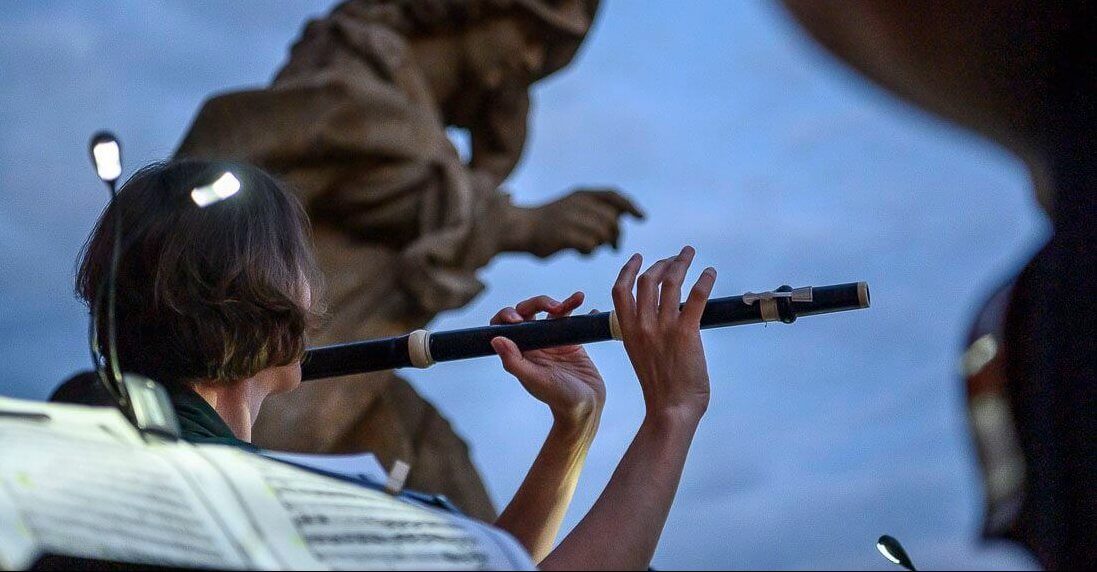 In 2017, Euskal Barrokensemble brought to Prague a program full of exotic Pyrenean rhythms that once fascinated Louis XIV.

The king had a true passion for dancing and invited various virtuosi of the instrument at his court. They would also include the Basque native Enrike Solinís, if he had been born at least 250 years ago...

The concert took place at Troja Chateau on July 24, 2017. The recording was produced by Czech Radio.

Throughout the centuries, a galaxy of famous performers and composers has travelled through Venice, Naples, and Madrid.

The Spanish ensemble Vespres d’Arnadí presented these eminent crossroads of Baroque musical journeys through the music of the famous Venetians and other globe-trotters. María Espada’s velvet soprano was the evening’s highlight. parts.

The concert took place at Troja Chateau on July 25, 2016. The recording was produced by Czech Radio.

Maria
The Figure of Mary in Renaissance Music

To honor its patroness, Cappella Mariana sang a Renaissance rendition of the Song of Songs parts.

The concert took place as part of the international music festival “Summer Festivities of Early Music” at the Church of Our Lady of the Snows on August 3, 2015. The recording was produced by Czech Radio.

A programme comprising compositions associated with continental Portugal and its overseas colonies in Brazil, southern Africa, or Timor, as well as the Spanish Dependencies of the 16th to 19th centuries.

The concert took place as part of the international music festival “Summer Festivities of Early Music” at Troja Castle on July 28, 2014. The recording was produced by Czech Radio.