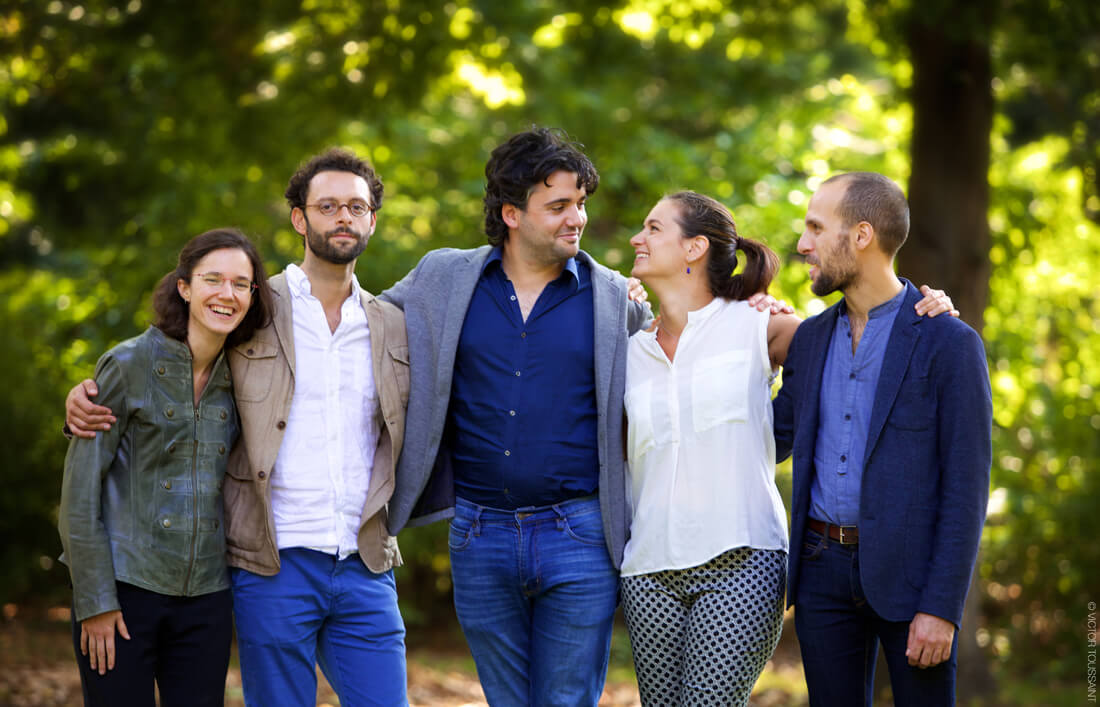 After several years of activity as a soloist, Reinoud Van Mechelen founded his own ensemble in 2016. His goal is to emotionally reach as large an audience as possible with historically informed music.

The first two CDs (“Erbarme dich” – arias of J. S. Bach for tenor and flute, 2016, and “Clérambault, cantates françaises”, 2018, the Alpha Classics label) were reviewed with praise and received several prizes (such as CHOC de l’Année of Classica, five Diapasons, a Diapason d’Or and a Caecilia prize for best recording)./p>

After a tour with the Bach programme in 2017, the ensemble continued its promising journey in 2018 and was invited to perform by prestigious venues such as the Opéra de Lille, the Festival Radio France (Montpellier), the MA Festival (Bruges), the BOZAR (Brussels), the Château de Versailles and the AMUZ (Antwerp).

In February 2019, the third album, “The Dubhlinn Gardens”, was released. “Dumesny – haute contre de Lully”, released in November 2019, is already the fourth collaboration with the Alpha Classics label.