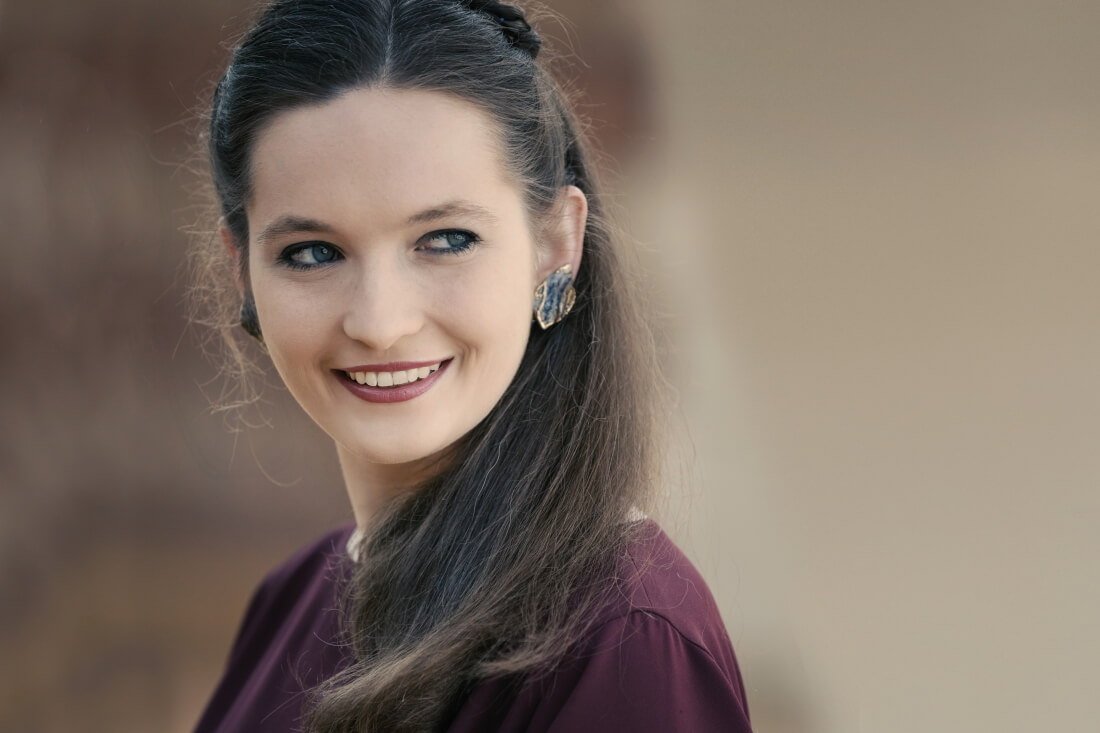 The Hungarian soprano studied classical singing at the Liszt Academy in Budapest, historical singing at the Hochschule für Musik und Theater in Leipzig and also studed opera for one term in Victoria, Canada with Nancy Argenta. She has attended masterclasses by Michael Chance, Kati Debretzeni, Roberta Invernizzi, Maria Jonas and Jordi Savall.

In Leipzig she appeared at the most important early music festivals of the city. In Canada she was a soloist at the Pacific Baroque Festival and with the Victoria Baroque Players.

Adriána collaborates on an ongoing basis with with the conductor György Vashegyi and the Purcell Choir & Orfeo Orchestra in Budapest. She has sung at many Hungarian premieres and is the soloist on the ensemble’s award-winning CD recording of works by the composer F. B. Conti.

The free jazz album called “When Down…” featuring Adriána was released in 2020.

To support her work, Adriána won the scholarship of the Hungarian Academy of Arts and the Fischer Annie Scholarship.