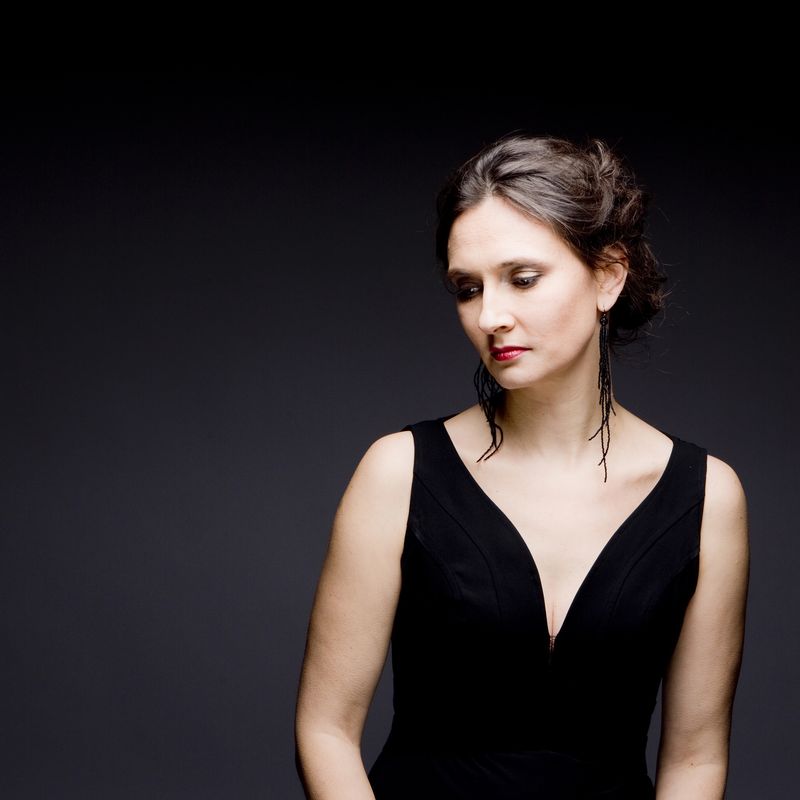 Béatrice Martin started studying the harpsichord at the age of six. Her teachers have included some of the greatest harpsichordists of our time, Christiane Jaccottet at the Geneva Conservatory, Kenneth Gilbert and Christophe Rousset at the Paris Conservatory, and Huguette Dreyfus, Ton Koopman, and Lars-Ulrik Mortensen at a number of master classes.

Following her triumph at the 1998 International Harpsichord Competition in Bruges and the MIDEM competition in Cannes the following year where she was declared the “Revelation of the ADAMI”, Béatrice Martin has been invited to perform at festivals such as the Festival d’Ambronay, Festival d’Aix-en-Provence, Bach in Combrailles, Festival of Lanvellec, Printemps Baroque du Sablon, Festival Oude Muziek Utrecht, MAfestival of Bruges, “Cycle harpsichordistes Français” in Mexico, London Festival of Baroque Music, Les Folles Journées de Nantes, and the Lisbon Festival. In Paris she has appeared at the Théâtre du Châtelet, Opéra Comique, the Cité de la Musique, introducing in recital the complete works of Couperin, Rameau, and Bach.

For more than twenty years she has worked with Les Arts Florissants as William Christie’s musical assistant, participating in projects from Opéra Garnier to the Teatro Colón, the Lincoln Center and the Tokyo Opera. She has recorded some twenty CDs and DVDs.

Acknowledged for her dedicated and experienced approach to teaching, Béatrice Martin has established and directed harpsichord studies at the Escola Superior de Música de Catalunya in Barcelona (from 2001 to 2013) and is currently a guest teacher at the Juilliard School, New York. In 2011 and 2015 she was invited to be a member of the jury for the International Harpsichord Competition in Bruges.

In 2000 Béatrice Martin cofounded, with Patrick Cohën-Akenine, the ensemble Les Folies françoises with which she has performed more than 400 concerts in France and elsewhere. With Les Folies françoises she has recorded, among others, four CDs dedicated to Bach’s dialogue cantatas (Cypres), the complete sonatas for violin and harpsichord (Fontmorigny; awarded with a “Choc” by Le Monde de la Musique), and Bach’s harpsichord concertos (Cypres; awarded with a “Diapason d’Or”).

Her latest solo recording, “Les Sauvages” (Cypres), explores the taste for exoticism that prevailed at the French Court in the 17th and 18th centuries. It was awarded four stars from “Mad” (Le Soir) and ﬁve “Diapasons” from the same magazine.