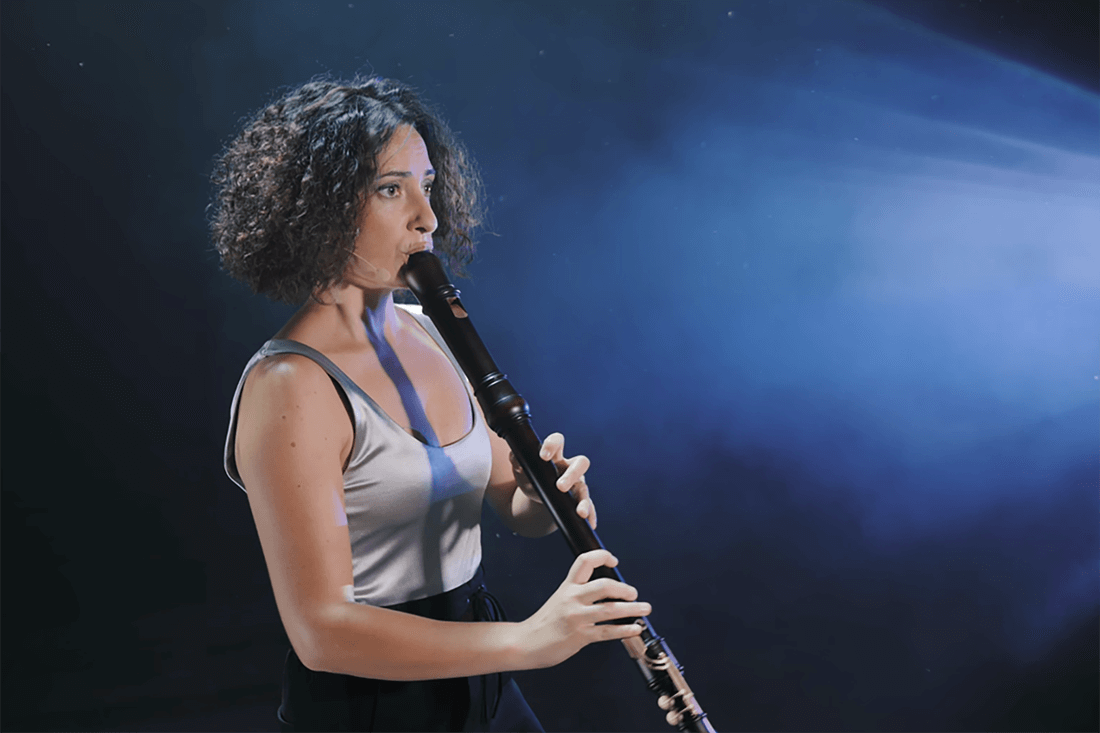 She has worked as a stage musician with the Nao d’amores company, performing in nine of their shows, and has been involved in co-productions with the Teatro de La Abadía, the Compañía Nacional de Teatro Clásico (Madrid), and the Teatro da Cornucópia in Lisbon, under the direction of Ana Zamora and the musical direction of Alicia Lázaro. She has collaborated with various early music groups, including Opus 5, Musica Ficta, the Tactus Collective, the Orquestra de Cambra del Penedés, and Sforzinda, and has performed as a soloist at the Teatro Real with the Orquesta Sinfónica de Madrid. She was awarded First Prize in the Sören Sieg Music Video Competition 2021.