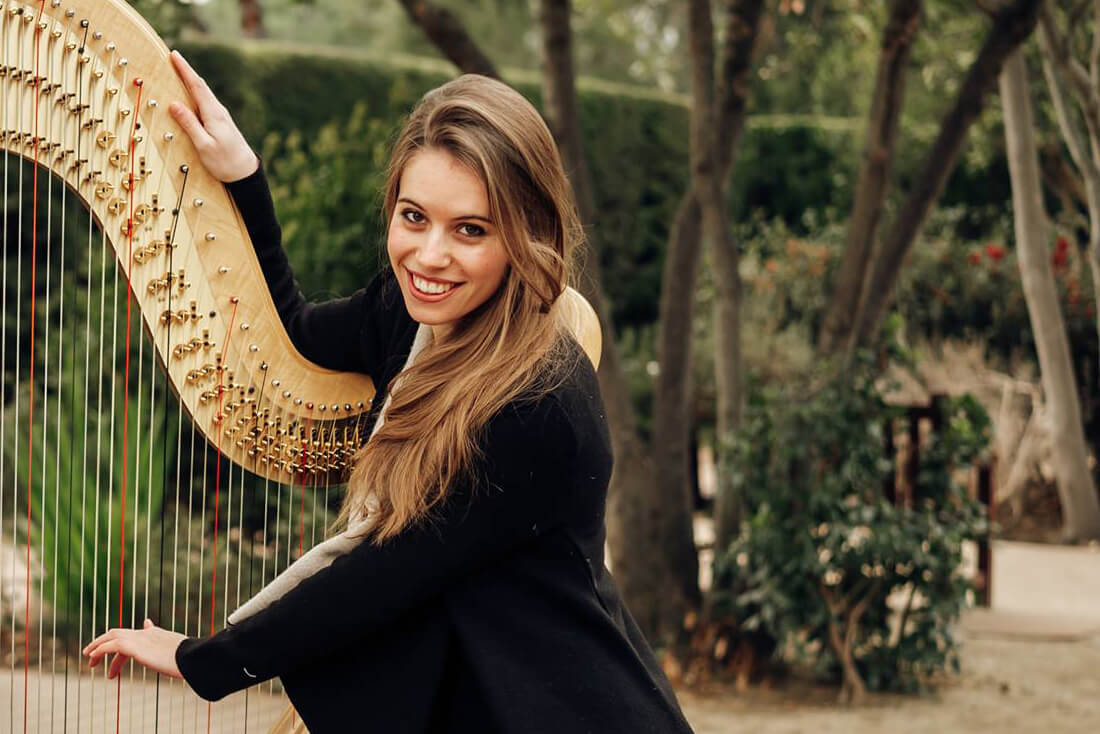 Since 2013, she has been a member of the Ancor Ensemble, playing the recorder and Gothic harp. It was with this ensemble that she received a scholarship from the Swiss Stiftung Dr. Robert und Lina Thyll-Dürr in 2014, won the Bank Austria Award and finished as a finalist in the International Young Artists Competition in York in 2015.

Since the same year, she has been the harpist for Live Musik Now, an organisation founded by Yehudi Menuhin. She regularly collaborates with various orchestras, which takes her to renowned concert halls across Europe, such as the Musikverein Wien, the Brucknerhaus Linz, the Stefaniensaal in Graz, or L’Auditori and the Palau de la Música Catalana in Barcelona. Since 2018, she has sung soprano in the Cor Bruckner Barcelona, performing in a range of musical projects.