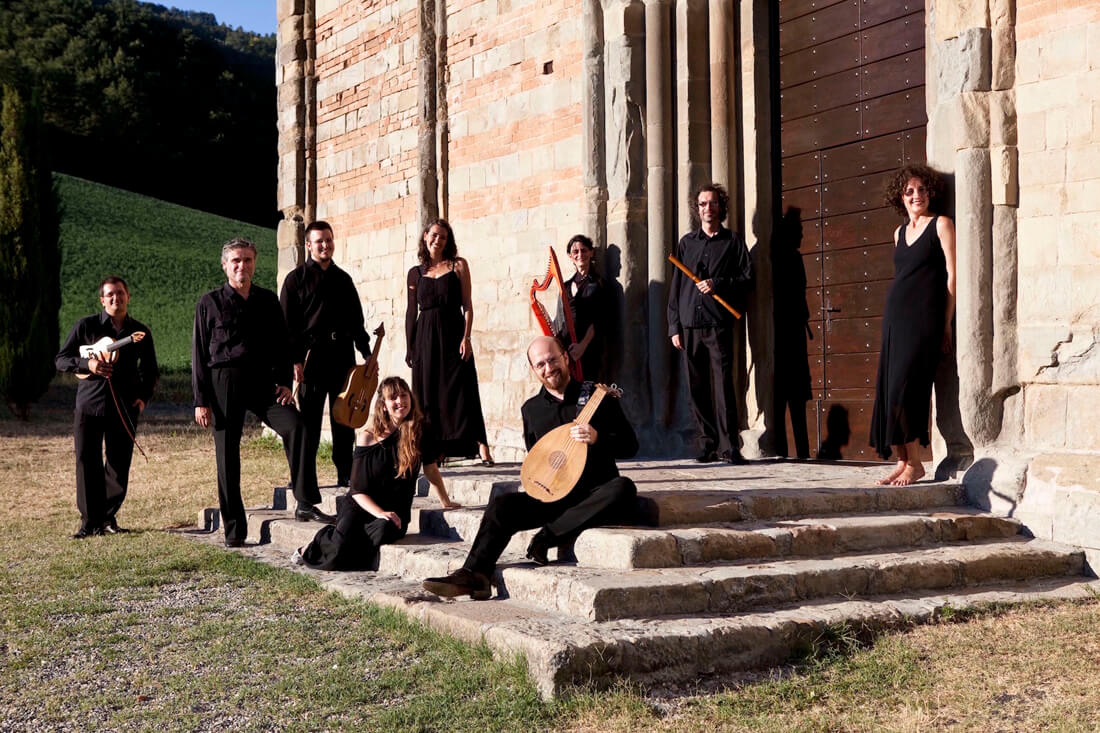 La fonte musica is an early music ensemble which uses period instruments, founded and led by Michele Pasotti. It has performed in the most prestigious early music festivals around Europe and been broadcast by the best classical music radio stations.

The ensemble receives positive reviews for its “absolute mastery of every aspect of these repertoires”, “phenomenal research”, and “Michele Pasotti’s thrilling energy”.

Its first CD, “Le Ray au Soleyl. Musica alla corte pavese dei Visconti (1360–1410)”, was rated with 5 Diapasons, awarded the Supersonic Award by the Pizzicato magazine, and was a finalist for the Amadeus magazine’s Record of the Year Award.