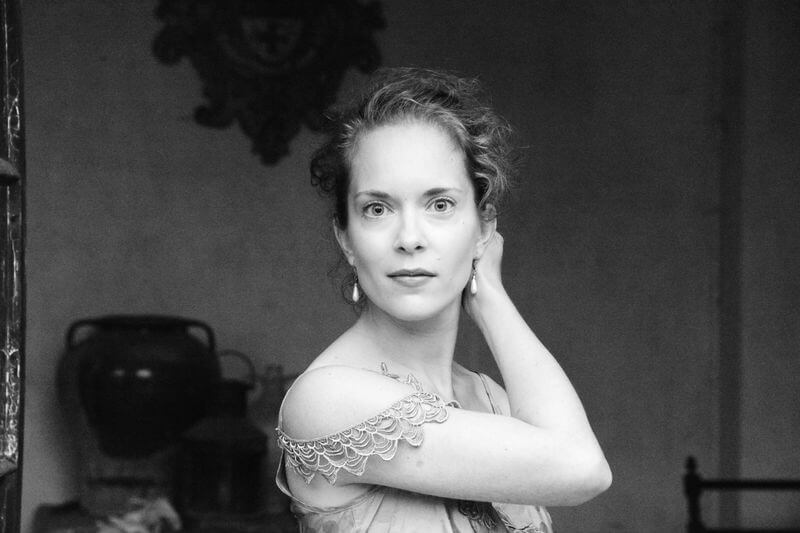 Lore Binon played the violin from the early age of five. A laureate of several competitions, she obtained a master’s degree from the Royal Conservatory of Brussels where she studied with Yuzuku Horigome. Whilst studying the violin, she discovered a new passion for singing and began vocal training with Beatrijs Devos at the same institution. She later studied at the Escola Superior de Música de Catalunya in Barcelona, with Margarida de Natividade and in 2011 she received a master’s degree from the Conservatory of Amsterdam where she studied at the class of Valérie Guillorit. She currently receives coaching from Margreet Honig.

With her versatile and sensitive musicality, Lore is a sought-after soloist. She has maintained regular collaborations with ensembles such as Ictus Ensemble, Oxalys, Flemish Radio Choir, the Brussels Philharmonic, Spectra Ensemble, Freiburger Barockorchester, Flemish Radio Choir and Symfonieorkest Vlaanderen, performing in works such as Haydn’s Die sieben letzte Worten unseres Erlösers, Bach’s Magnificat, Dixit Dominus by Handel, Mendelssohn’s Lobgesang and Brahms’s Ein Deutches Requiem. She has collaborated with conductors such as René Jacobs, Hervé Niquet and Jos van Veldhoven and performed in venues such as Bozar in Brussels, Salle Pleyel in Paris, Opéra de Lyon, De doelen centre in Rotterdam and the Moscow Tchaikovsky Concert Hall.

In the current season Lore Binon sings the role of Pamina in Die Zauberflöte by Mozart at the Flemish Opera. She is artist in residence at the Festival of Flanders in Mechelen and will sing the solo soprano part in Mahler’s Fourth Symfony with the Orchestre Symphonique de Mulhouse under the baton of Loethar Koenigs. In November 2017, a CD with melodies by Debussy, Hahn and others was released by Outhere Music.