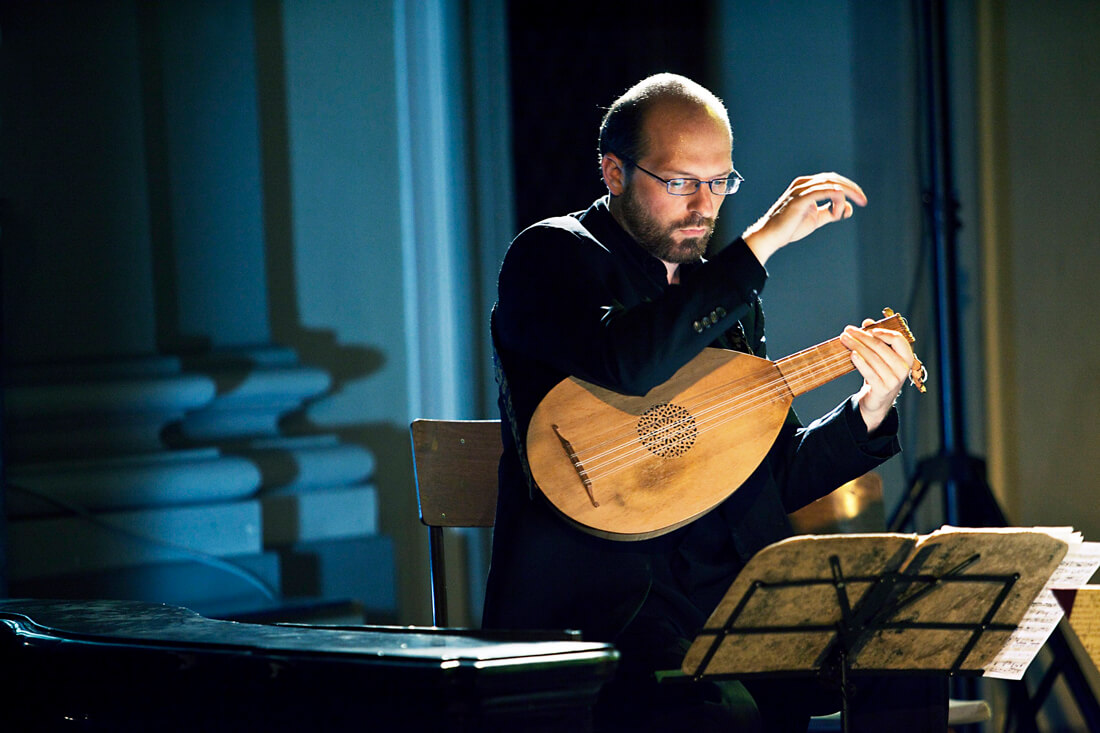 Michele Pasotti graduated in Lute with the highest honours, studying with Massimo Lonardi, and also gained a degree in Theoretical Philosophy. He is Professor of Lute at the Conservatorio di Musica B. Maderna in Cesena and at Pavia’s Conservatorio F. Vittadini. From 2013 to 2018, he taught an Ars Nova course at the Civica Scuola di Musica di Milano. He also gives lectures, either on musicological subjects, or to introduce and spread knowledge of the lute and early music.

He is the founder and director of la fonte musica, an ensemble specialising in late medieval music.

His more than 70 recordings include a work dedicated to the guitarist Francesco Corbetta.