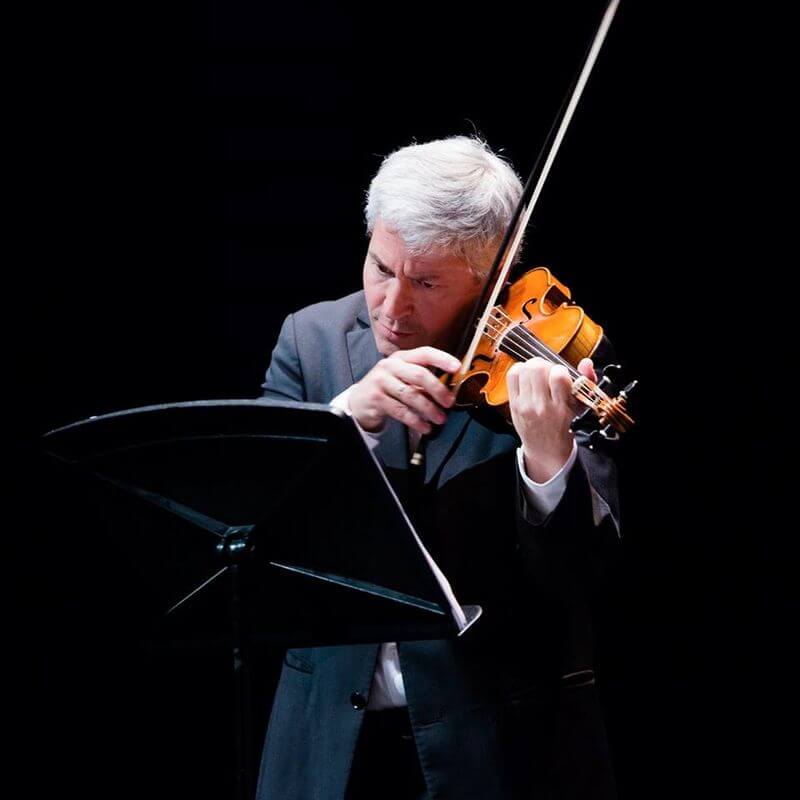 Patrick Cohën-Akenine is a laureate of several prestigious violin competitions, including the Douai Young soloists competition, the Gérard Poulet Competition in Vichy, and he is the winner of the Epernay International String Competition. A renowned violinist on the Baroque scene, Patrick Cohën-Akenine has worked with conductors such as H. Niquet, W. Christie, Ph. Herreweghe, and Ch. Rousset.

Patrick Cohën-Akenine has been invited to conduct various modern orchestras and to introduce their players to the techniques required for the performance of Baroque repertoires. In 2003 and 2011 he collaborated with Orchestre des Pays de Savoie, in 2008 with the Opéra de Rouen orchestra, and in March of that year he was invited to conduct Purcell’s Dido and Aeneas in a production directed by Dominique Pitoiset at The Opéra Bastille.

Passionate about education, Patrick Cohën-Akenine has taught at the Vallée de la Chevreuse Regional Conservatoire for Music and Dance and at the J-B. Lully Conservatoire in Puteaux. In June 2010, he was charged with the task of recreating Les Vingt-quatre violons du roi (The King’s twenty four Violins) as part of his master classes at the Royal College of Music in London. During the summer of 2012, he led an Anglo-French academy focused on the reconstruction of the Vingt-Quatre violons du roi, conducting the orchestra during a concert tour including performances at the Château de Versailles, the Montpellier festival and the Proms. In March 2017 he conducted Akademie Versailles in Prague, organized by the Summer Festivities of Early Music in collaboration with the Centre de musique baroque de Versailles.