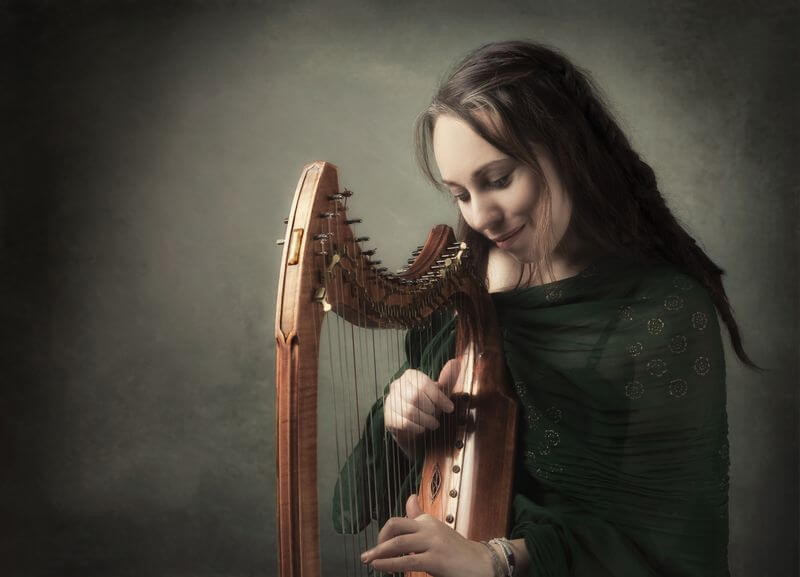 Sarah Louise Ridy gained her bachelor degree in modern harp at the Royal Northern College of Music in Manchester, England, before going on to obtain both bachelor and master degrees in baroque harp performance. She was the first student to be awarded a master’s degree in baroque harp at the Koninklijk Conservatorium in Den Haag, the Netherlands.

As her primary instrument she plays on the “Cellini” model of an Italian triple harp by harp maker Rainer Thurau from Wiesbaden in Germany, an instrument that she fell in love with during the World Harp Congress in Geneva. However, she has recently added to her little harp family a beautiful wire-strung Gaelic harp by Violaine Alfaric and hopes to be able to offer this little gem in performances in the not too distant future along with her new gothic 25-string instrument, made by Franz Reschenhofer.

Sarah performs solo recitals and collaborates with numerous ensembles throughout the world. She plays in a variety of styles, many of which are rooted in ancient music, and is always excited by the prospect of exploring new repertoire and the opportunity of increasing the awareness of the baroque harp. Sarah enjoys travelling widely as part of her career, and has performed as far afield as Israel, Greece, Colombia, Croatia and the USA. She is currently the principal tutor of baroque harp at the Koninklijk Conservatorium in The Hague.