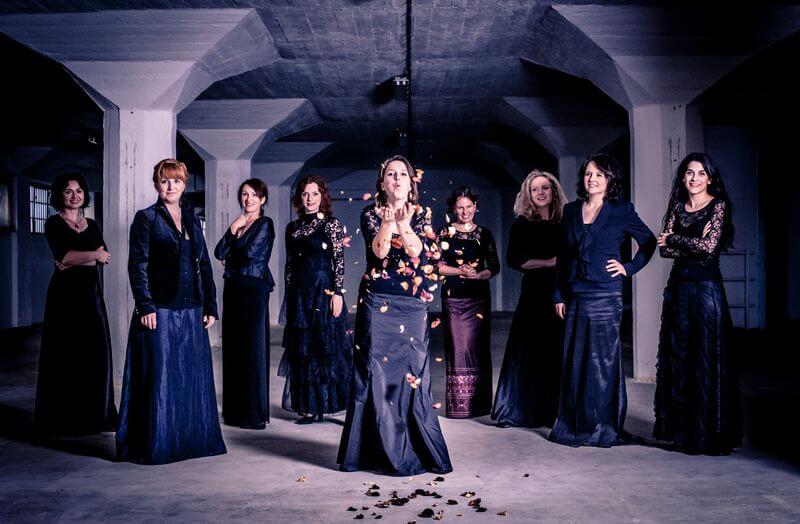 The all-female Tiburtina Ensemble was established in 2008 and dedicates itself to the performance of Gregorian chant, medieval polyphony, and music of today. The artistic director of the ensemble is Barbora Kabátková (née Sojková). The ensemble has soon established herself on the scene of early music and has been considered one of the foremost ensembles in the field. The main objective of the ensemble (in terms of performance practices) consists of correct language declamation in connection with musical qualities and vocal technique, and based on the musical practices and theory of the period.

The name of the ensemble derives from a female oracular character in Antiquity: the Sibylla Tiburtina or Tiburtine Sibyl was a prophetess who became the best-known Sibyl in the Middle Ages, primarily because her prophecies were tightly linked to Christianity. The parallels between pagan Sibyls and Christian prophetesses are their gentle origin, their preaching, their counseling of the powerful, and their capability of seeing to the end of time, a skill that is denied to all men, no matter how clairvoyant they might be.

The repertoire of the ensemble includes purely vocal music from the liturgical sources of the Middle Ages, as well as vocal and instrumental repertoire based on the medieval sacred and secular tradition. The ensemble also takes part in unusual projects, such as their collaboration with the Berg Orchestra (Magnificat for Two Scholas, Orchestra and a Church by Slavomír Hořínka) or David Dorůžka Jazz Trio (the crossover project “Apokalypsis”).