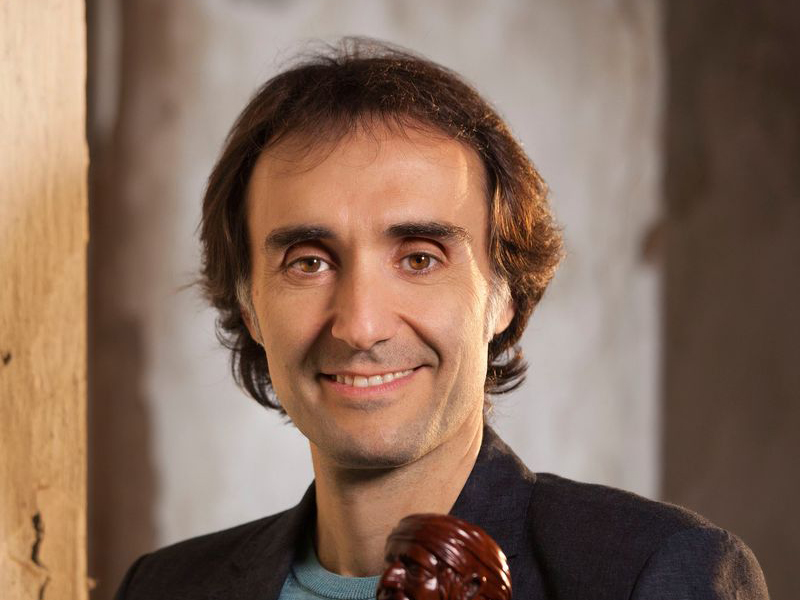 Compared by the critics to Jasha Heifetz (Diapason) for his virtuosity, he has been highly regarded for his new approach to the viol and to the sound of the Baroque repertoire.

He appears as soloist or conductor with the most famous orchestras (for example Il Giardino Armonico, Freiburg Baroque Orchestra, Akamus Berlin, Los Angeles Philharmonic at Hollywood Bowl Hall, and Wiener Symphoniker). As one of the leaders of the ancient music scene, he has shared the stage with musicians such as Gustav Leonhardt (duo), Cecilia Bartoli, Reinhard Goebel, András Schiff, Thomas Quasthoff, or Viktoria Mullova.

For three seasons, he has been an assistant of Riccardo Muti at the Salzburger Festspiele. Since 1999, Vittorio Ghielmi forms a duo with the lutenist Luca Pianca.

His ensemble Il Suonar Parlante Orchestra, founded in 2007 together with the Argentinian singer Graciela Gibelli, is regularly invited to important venues such as the Berlin Philharmonic. The ensemble is devoted to a new exploration of early-music repertoire as well as to the creation of new projects, performed also with important jazz players (Kenny Wheeler, Uri Caine, Paolo Fresu, Markus Stockhausen, Carmen Linares, and others).

He has collaborated with the Hollywood director Marc Reshovsky, creating a performance around Buxtehude’s Membra Jesu Nostri which was introduced on tour between 2007 and 2009.

In summer 2018 he conducted Pygmalion by Rameau in the Drottningholms Slottsteater (Stockholm) in collaboration with the director and dancer Saburo Teshigawara (KARAS).

His work in the field of early music has won him artistic and academic recognition such as the Erwin Bodky Award (Cambridge, Massachusetts USA, 1997) and the prestigious Echo Klassic Award (Germany, 2015). The collaboration with traditional players is documented in the film The Heart of Sound: A Musical Journey with Vittorio Ghielmi (BFMI, Salzburg-Hollywood).

The latest prize-winning CD, “Gypsy Baroque” was released in 2018 by Alpha Classic. More information at www.ilsuonarparlante.com.