Theatre and Dance Spectacle in the Open Air

On the occassion of the centenary of the opening of the Italian Embassy in Prague and the 20th anniversary of the Summer Festivities of Early Music. 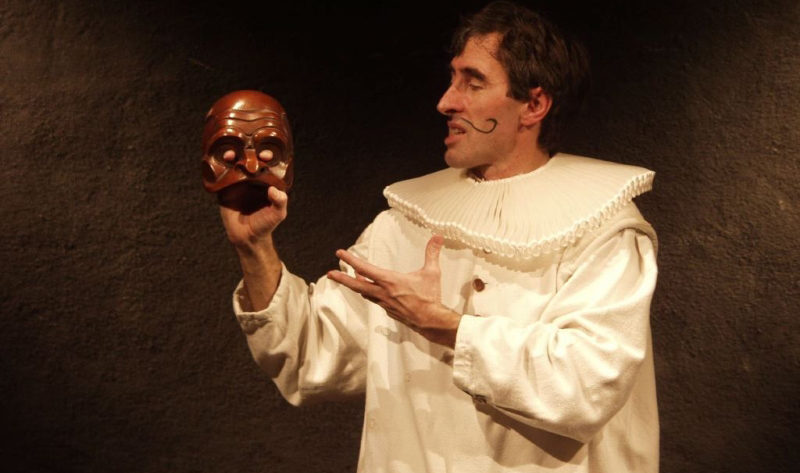 Enrico Bonavera is the Harlequin of the Piccolo Teatro di Milano – Teatro d’Europa. A former apprentice of Ferruccio Soleri, he received training in experimental theatre through collaboration with Teatro di Ricerca (E. Barba and J. Grotowski) and has for more than three decades maintained a successful acting career.

Between 1987 and 1990, and again from 2000 until present, Enrico Bonavera has performed Brighella and Arlecchino in Goldoni’s famous The Servant of Two Masters directed by Giorgio Strehler at the Piccolo Teatro di Milano and he has toured the entire world with the play, including Europe, Russia, USA, Canada, South America (Chile, Brazil, Ecuador, Argentina) North Africa (Algeria, Egypt), and Asia (Japan, China, Kazakhstan, Georgia).

As an actor, he has worked with directors such as Giorgio Strehler, Jacques Lassalle, Maurizio Scaparro, Marco Sciaccaluga, Carlo Battistoni, Carlo Boso, and Patrice Kerbrat. As a director he has collaborated with the Studium Actoris in Fredrikstad (Norway), Tang Shu-wing theatre studio in Hong Kong, Teatrul Excelsior in Bucharest and La Piccionaia in Carrara di Vicenza.

Since 1990 Enrico Bonavera has taught at the Scuola del Teatro Stabile di Genova. Since 2004 he has been Associate Professor at the Drama, Art and Music Department of the University of Genoa. His other teaching activities include collaboration with the ENSATT in Lyon, the European Summer School in San Miniato in the Pisa province, Teatro del Veneto, and the Centro Maschere in Abano Terme directed by Donato Sartori, as well as workshops at the La Sapienza University in Rome, the University of Rio de Janeiro, and the University of Oslo. As a coach he collaborates with the Accademia di Commedia dell’ Arte of Piccolo Teatro di Milano directed by F. Soleri and the Shapkin Theatre School in Moscow.

In 1996 Enrico Bonavera received the award for the best actor in a supporting role at the Borgio Verezzi festival for his Arlecchino in Carlo Goldoni’s I due gemelli veneziani (Venetian Twins). In 2007 he was honoured with the Golden Harlequin award in Mantua which had previously been bestowed on actors such as Marcel Marceau, Dario Fo, Ferruccio Soleri, and Carolyn Carlson.

Chorea Historica is a dance ensemble dedicated to the research and performance of historical dance from the late Middle Ages to the 19th century.

Since its foundation almost two decades ago, Chorea Historica has collaborated with many early music ensembles and created a number of thematic programs and productions, including “Songs and Dances of the Renaissance”, “Baroque Challenges”, “Vivat Stella!”, “Corsaires and Pirates”, “Turcaria”, and “The Czech Salon or, a Cabinet of Baroque Curiosities”. The ensemble regularly appears at festivals and events in the Czech Republic and abroad, and prepares “site-specific” projects and educational events, meetings, and workshops.

Dancer, choreographer, and lecturer, Kateřina Klementová explored modern scenic dance as a child and since 2000 she has been working in the field of historical dance.

She is a member and choreographer of Chorea Historica. Kateřina Klementová organizes and teaches seminars and workshops of historical dance for children, teenagers, and grown-ups in the Czech Republic and abroad.

In 2007 she established Czech subdivision of La Società di Danza, an Italian company of 19th-century dance, and she maintains a long-term collaboration with the association of Jane Austen.

She has taught Historical Dance at the Prague Conservatory.

The joyous characteristics contained in the title of the Summer Festivities of Early Music will be played out in full in this event in the Wallenstein Garden in Prague’s Lesser Town. The garden itself will come alive with the ancient theatric genre of commedia dell’arte, performed by its vintage interpreter, the Italian actor and harlequin Enrico Bonavera. His colorful costume will be in tune with the murals in the sala terrena (the largest one in town), his wit will sprout like the water in the fountain and his dark mask shall correspond with the local rarity, the baroque grotto.

Even the statues on the path leading up to the Fountain of Venus will join us in our rejoicing, inspired by the period dance ensemble Chorea Historica and its director Kateřina Klementová.

Thus appropriately, under the summer sky, we shall celebrate the centenary of the Italian Embassy in Prague and the 20th anniversary of the festival.

Partners of the concert

With kind support of the Embassy of Italy in Prague, the Italian Culture Institute in Prague and in collaboration with the Senate of Parliament of the Czech Republic.

The event is held under auspieces of the President of the Senate Jaroslav Kubera.