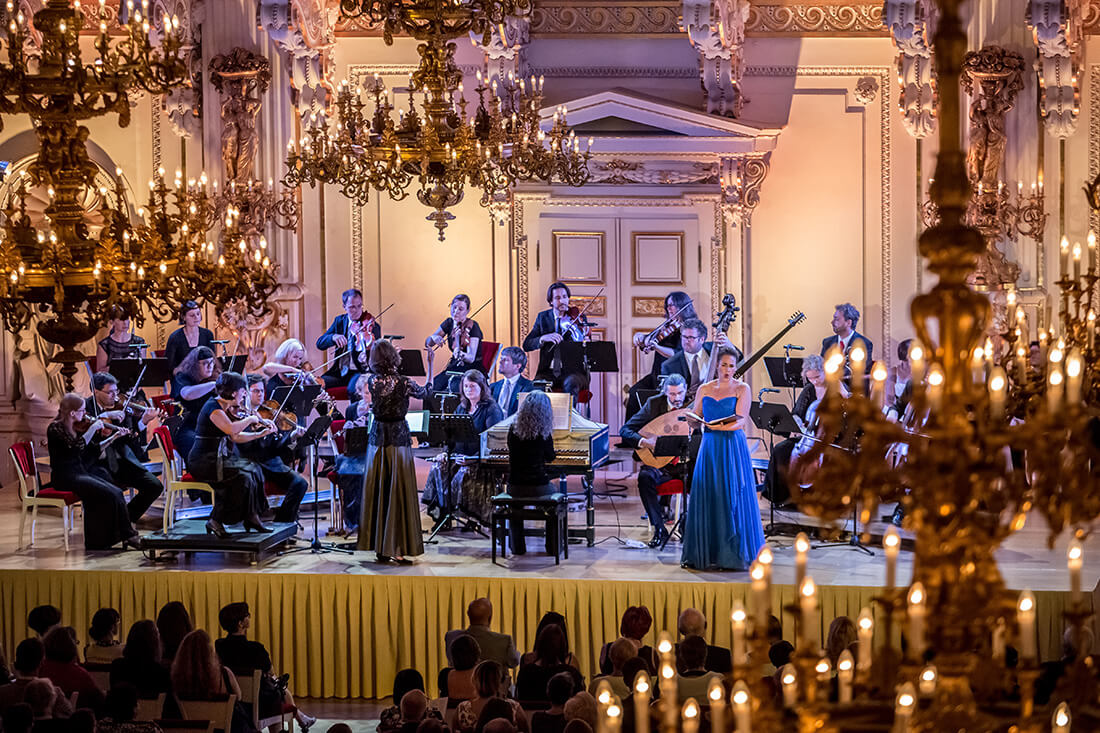 Since it was founded in 1997, the Prague ensemble Collegium Marianum has focused on presenting the music of the 17th and 18th centuries, especially by composers who were born or active in central Europe. One of the few professional ensembles specializing in this field in the Czech Republic, Collegium Marianum not only gives musical performances, but regularly also stages scenic projects.

The ensemble works under the artistic leadership of the traverso player Jana Semerádová. Her active research together with her study of Baroque gesture, declamation, and dance, has enabled Semerádová to broaden the profile of the Collegium Marianum ensemble and present multi-genre projects featuring Baroque dance and theater. Her unique, thematic programming has resulted in a number of modern-day premieres of historical music presented each year. The ensemble has collaborated with renowned conductors, soloists, directors, and choreographers such as Andrew Parrott, Hana Blažíková, Damien Guillon, Peter Kooij, Sergio Azzolini, François Fernandez, Benjamin Lazar, Jean-Denis Monory, and Gudrun Skamletz. The ensemble has also maintained long-term collaboration with the Buchty a loutky theater company.

Collegium Marianum has received critical acclaim both at home and abroad. The ensemble has appeared extensively on the Czech Radio and TV as well as on the radio abroad. It regularly performs at music festivals and on prestigious stages both in the Czech Republic and elsewhere in Europe, including Utrecht Oude Muziek Festival, Musikfestspiele Potsdam Sanssouci, Händel-Festspiele Halle, Bachfest Leipzig, Festival de Sablé, Klang Vokal Dortmund, Palau Música Barcelona, Prague Spring, Svatováclavský hudební festival, and Concentus Moraviae.

Within the “Music from Eighteenth-Century Prague” series, the Supraphon label has launched eight recordings of the ensemble. In January 2010 Collegium Marianum was awarded with an honor for the credits of quality and for the general promotion of Czech music, presented by the International Music Council by UNESCO. Collegium Marianum is the ensemble in residence of the IMF Summer Festivities of Early Music.