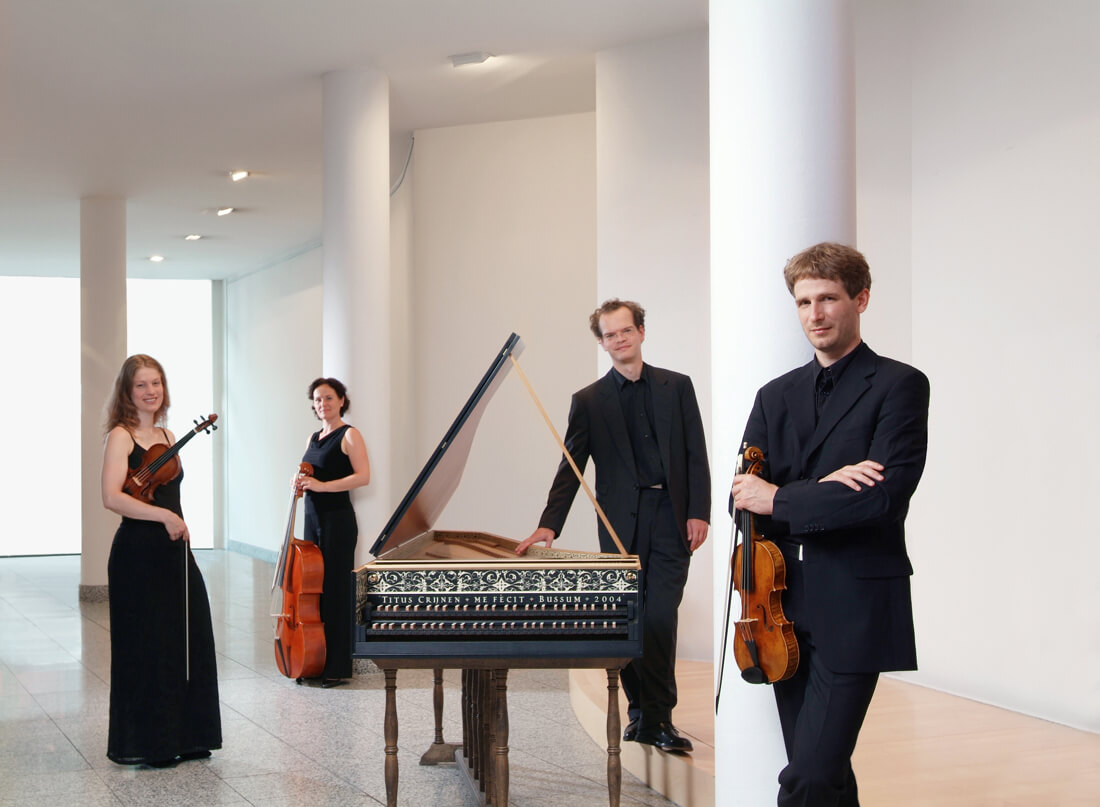 For the NeoBarock ensemble, historical performance is not an end in itself, a staging of past events, nor does it produce museum pieces as a musical backdrop to contemporary life. Instead of trying to take today’s listeners back into the Baroque era – it transposes that era’s music into our present age.

Based on profound knowledge of the source material, on constant research, employing exactly the kind of instruments for which a piece originally was written, these interpretations are a conscious effort to get as close to composer’s intentions as possible.

In thrilling and suggestive concert performances, the NeoBarock ensemble presents rediscovered rarities, or sheds new light on a well-known repertoire.

With its unmistakable intensity of sound, the ensemble is a regular guest in renowned concert halls and at important festivals.

In its CD productions (honoured, amongst others, with the ECHO Klassik prize), the NeoBarock ensemble has repeatedly focused on Johann Sebastian Bach and his circle, and it has brought forgotten composers like Gottfried Heinrich Stölzel and Johann Philipp Kirnberger back to the attention of a modern audience.