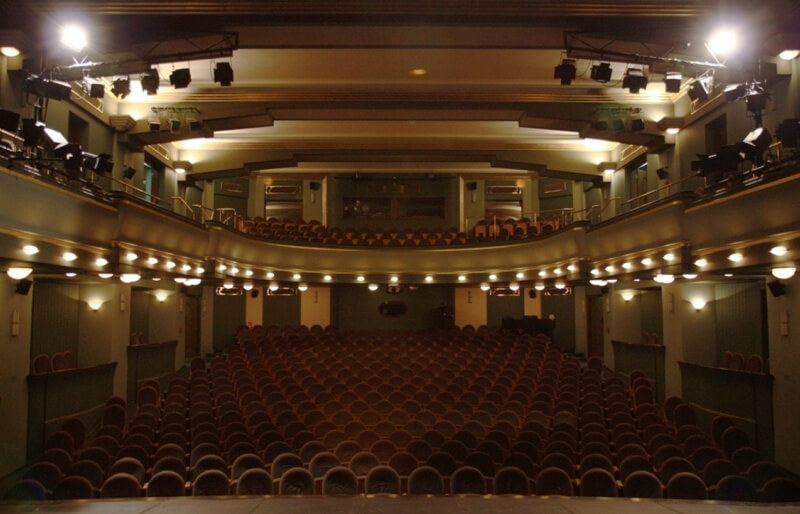 The ABC Theatre is situated in the basement of the department store U Nováků built between 1901 and 1904. It was designed by a prominent Czech architect Osvald Polívka (1859–1931) and further extended between 1927 to 1929 to create a luxurious multifunctional complex with shops, offices, a café on the ground floor, and a theatre space in the basement.

The first theatre group to perform in the newly opened theatre from the 1929/30 season was the popular Liberated Theatre of Jiří Voskovec and Jan Werich. Having been shut down by the Nazis in 1938, the Liberated Theatre resumed its performance for a short period after the II World War. In the early 1950s, the venue housed the Prague Variety Shows and since 1955, Jan Werich returned with his new project of the Satire Theatre. For administrative and political reasons, the space was renamed as ABC Theatre in 1958 which was then fused with the Municipal Prague Theatres in 1958.

The building is situated on the corner of Vodičkova and V Jámě streets. The multifunctional complex consists of one main building and six five-storey wings arranged around three inner courtyards. The theatre can be accessed by two identical hallways and staircases with marble floors. The theatre takes up the space of two basements of the building; the stage is located in the western part of the rectangular hall. On the level of the dress circle as well as on the ground floor there are located a cloak room and a café.

The reconstruction from 1998 to 1999 reduced the capacity of the auditorium from 620 to 504 seats. A modern sound and lighting system was incorporated, along with major acoustics improvements.