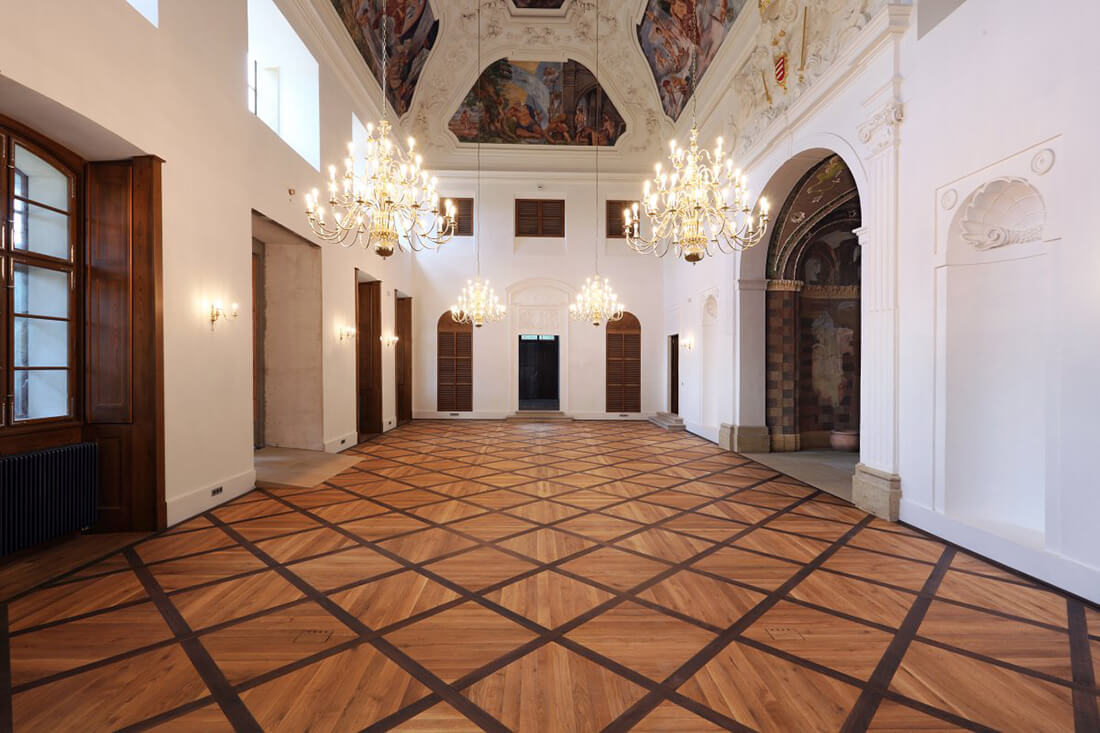 Chaconne for the Princess

The Summer Festivities of Early Music are renowned for bringing together the beautiful architecture of Prague with their corresponding styles of music. This year the festival offers audiences a programme in the baroque hall of “Šlechtovka” in the royal park known as Stromovka.

Chaconne for the Princess is the very first concert after several decades of silence and following four years of intensive renovation of this stunning building, the history of which reaches back to the 17th century. The Summer Festivities of Early Music symbolise the opening of a new era for what was originally a hunting lodge, and these musical delights in the baroque hall will take place even before the planned reopening of the restaurant and cake shop.

Jana Semerádová and Erich Traxler will remind us of the earlier renown of cultural events in Šlechtovka with a programme inspired by the pupil of George Frideric Handel, Princess Anne of Orange. An exceptional evening for Šlechtovka, our pair of soloists and several dozen festival goers!

Šlechtovka as a centre of cultural events throughout the 19th century

It took a whole century before Šlechtovka was opened to the public. At the beginning of the 19th century, it was a meeting place for the aristocracy, but perhaps for a purely prosaic reason: Stromovka park was not yet part of the territory of Prague at that time and the only way to get there was by fiacre.

When Václav Petzold prepared the celebration of František Palacký's 70th birthday in Šlechtovka, everyone who was anybody in Prague was there. And 400 telegraphic greetings were delivered to Stromovka that day.

In 1882, Václav Šlechta acquired the lease for the building at the instigation of the Prince of Lobkowitz. The prince allegedly did not give him much choice in the matter, and simply decided it would be that way. At the end of the 19th century Stromovka was already being visited by townspeople who had begun using tram transport, and the cultural programme of the restaurant gradually changed accordingly.

The golden era of the First Republic

During the First Republic, concerts were held in Šlechtovka almost every day, Voskovec and Werich wrote their plays and sketches here, and military orchestras came here to organise music festivals with an attendance of up to 70,000 visitors. The Šlechta family took care of the building until February 1948.

The fate of Šlechtovka after 1950

Šlechtovka had always been the property of the state, and its private tenants took good care of it and treated it with respect. It was not until 1950 when it became a "communal enterprise of all the people" that the building met the unfortunate fate of a dilapidated monument.

We are confident that the festival concert on July 24, 2021 will breathe new life into this place.

You can read about the original purpose of the building and the master mason of Šlechtovka here.