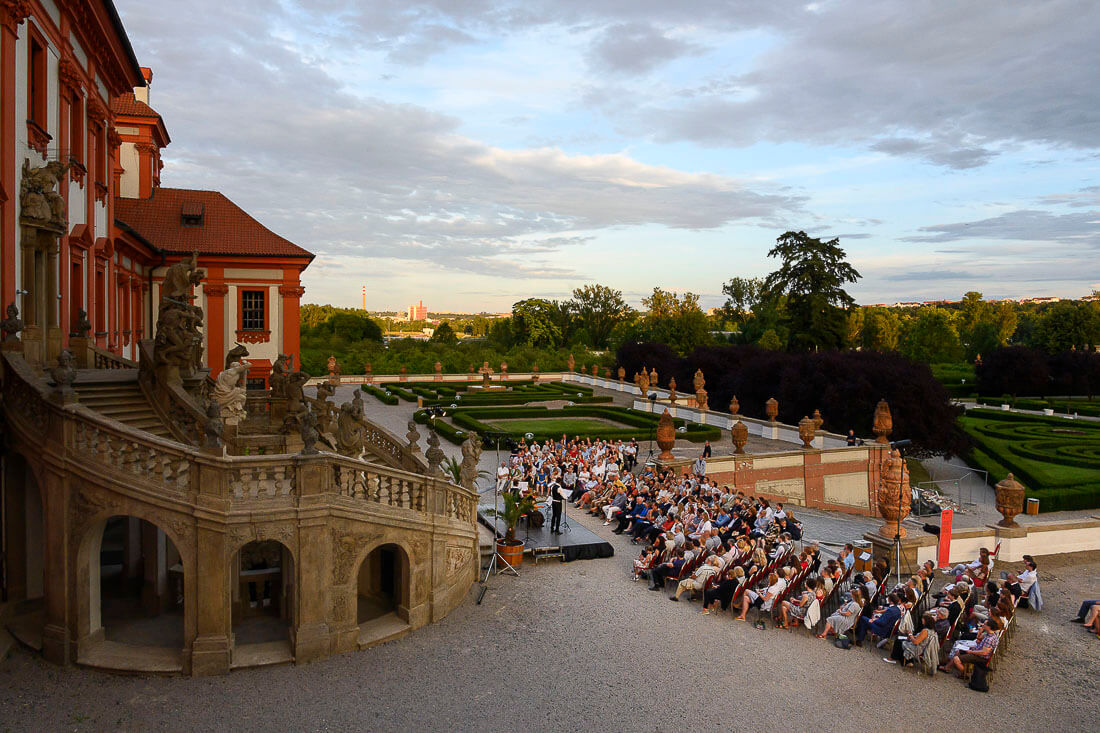 From the festival programme

When will the 22nd season of the festival take place?
From July 20 to August 5, over seven evenings, audiences are invited to sample mainly the music of aristocratic courts - from the Middle Ages and the Renaissance to Baroque and the Rococo period.

What is the theme of NOBILITAS, this year’s subtitle for the festival?
A number of leading composers worked at the aristocratic courts. This year, the festival draws us into an inspiring world that is inextricably linked with the creation of many extraordinary works and specific musical forms.

Which ensembles and artists will we see at the festival?
The festival will be opened by the leading German vocal group Calmus Ensemble. The Italian ensemble la fonte musica will explore the sounds of the fiddle and the medieval lute, A nocte temporis from Belgium will bring to listeners the sounds of Irish gardens and the Spanish ensembles La Ritirata and Capella de Ministrers will present music from beyond the Pyrenees.

And the final festival concert?
"We are continuing our very successful and fruitful collaboration with the Centre de musique baroque de Versailles. And it is there, as part of a "royal soirée", that we will take festival listeners. This will take place in the form of two shorter operas that were intended for concert performance in the Royal Apartments. In addition to a modern-day premiere (after 273 years) of Blamont's work Le Retour des dieux sur la terre, we will also hear Marc-Antoine Charpentier's Les Plaisirs de Versailles," says Jana Semerádová, the festival's Programming and Artistic Director.

The programme is inspired by the so-called “apartment days“, which were held in Versailles from 1682 on Mondays, Wednesdays and Thursdays. They consisted of court entertainment of the highest quality - from opulent tables full of delicacies and various games to music and dance.

The festival does not neglect today’s young generation of professional artists ...
The festival programme will be complemented by international courses in advanced interpretation from the Akademie Versailles and interpretation seminars with members of the Calmus Ensemble and La Ritirata.